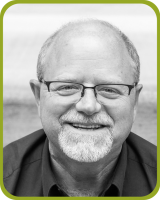 Bishop with oversight for the UK

Bishop Keith Cowart oversees Free Methodist ministries along the Eastern Seaboard and the South Central United States, as well as in Europe, the Middle East and Asia. He was elected Bishop at General Conference 2019. He previously served as the superintendent of the Southeast Region after 21 years as the founding lead pastor of Christ Community Church in Columbus, Georgia. He and his wife, Pam, have two children: Andrew and Aaron, who is married to Hannah Mae. They have two young grandchildren.

John Townley has had the privilege of being a Free Methodist Pastor since 1994. He began as Pastor of Helston Light and Life in Cornwall. During his time in Cornwall, he pioneered five church plants before moving to Bristol in 2017 to plant Freedom Church in Kingswood. After serving part time as a member of the National Leadership Team for almost 13 years, he then became the fulltime national leader in January 2021. John was married to Caroline for over 24 years before she died of cancer. In 2008 he married Becky. He has four children and six grandchildren. John’s interests include walking, DIY and the ups and downs of supporting Leeds United. His primary passion is seeing people enter into a relationship with Jesus Christ and becoming integrated into vibrant local church communities where multiplication happens naturally.